Lamb’s performances are vulnerable, yet strong; his lyrics revealing but hinting at mystery, his stories tell just enough, then leaving us to fill in the blanks.
– Janet Goodman, Music News Nashville Sunday Morning 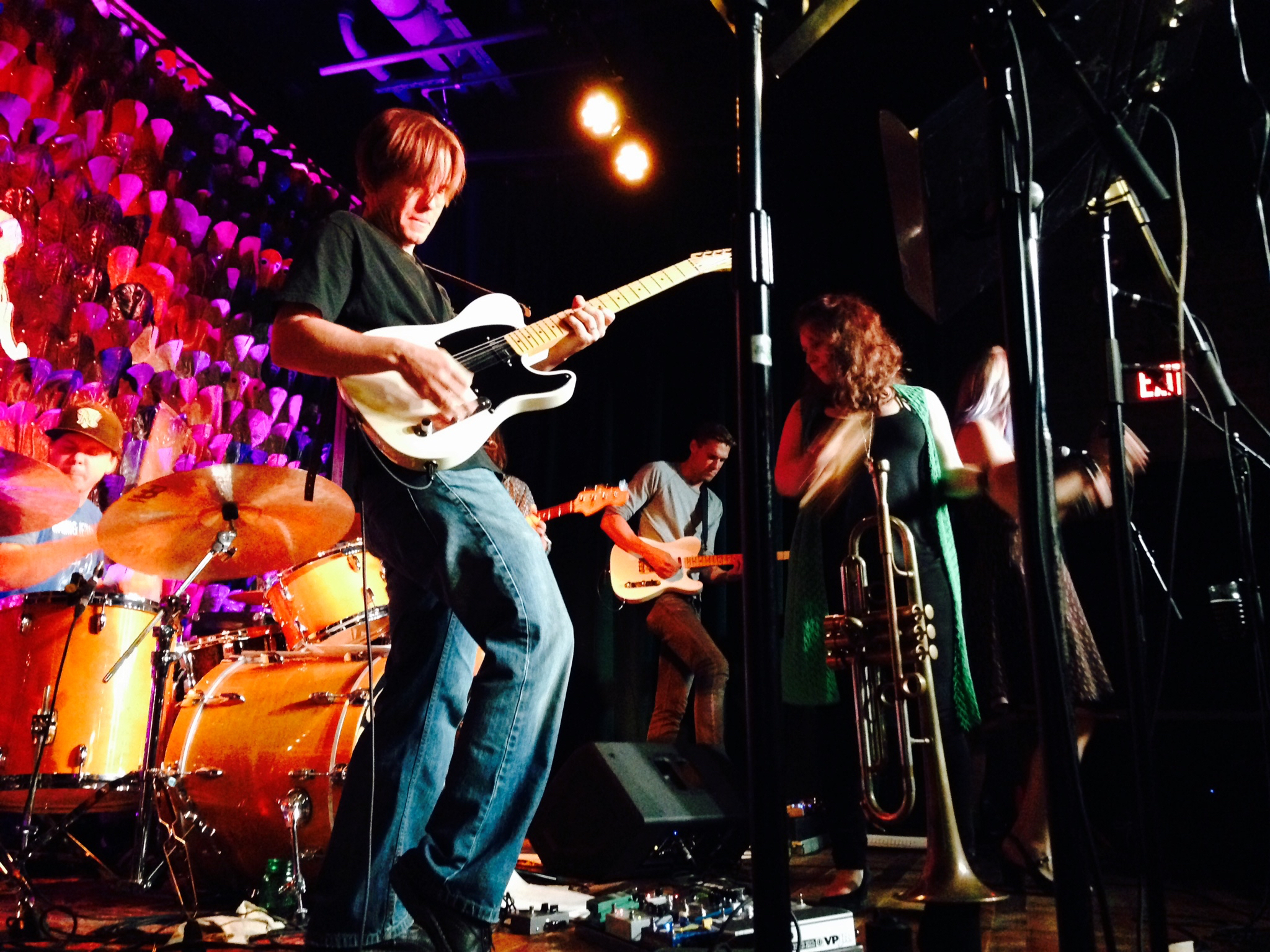 After listening to Mark’s band for a bit, Shane always made his way upstairs to the milk crates full of records, the stereo and the headphones. “They were like giant white earmuffs,” laughs Shane. “I spent whole weeks in the summer next door listening to Mark’s band, and his records. I remember them practicing for their gigs while the floor shook as they played through songs by their favorite bands; the Faces, the Stones, and others. I never realized how important that time and experience was for me until just recently,” says Shane.

There were crates and crates of records,” notes Shane. “I daydreamed about the world I heard in those headphones, and I wondered wildly and earnestly about the music and the whole process; the mystery of making up songs and making records. I read all the liner notes and studied the album sleeves. I thought about it all the time, even when I wasn’t at Mark’s. I had been writing words and little poems on scraps of paper since the first or second grade and just assumed you somehow put your words with someone else’s music. I would ask myself, where did this stuff happen? What was a producer? What did the engineer do? Did Johnny Cash really shoot that guy? I mean, he was singing at a prison! Did his dad really name him Sue? I didn’t fully think so, but maybe,” smiles Shane. “I loved what I heard as summer just kind of melted away. It was like a whole other world existed for me in there. And it helped me with the world out there too. I felt like Pink Floyd not only understood me, but was singing for me when I listened to ‘The Wall.’ And the artwork was so brilliant! I really ‘got it’ and relished it. The Band really overwhelmed me. I remember listening to those first two records over and over and thinking they looked like they fell out of the Civil War or something,” Shane laughs.

And the Beatles’ White Album’ and ‘Revolver’ covered so much ground musically and stylistically. It was unlike anything I’d ever heard before, and was shocking. Bob Dylan stunned me, and baffled me. He had funny songs, deadly serious songs, and hopeful songs.

I didn’t know who Davey Moore was, but I understood the singer was going after everybody. ‘Like A Rolling Stone’ made me happy, and I played it over and over. ‘Desolation Row’ freaked me out and It’s Alright Ma (I’m Only Bleeding) absolutely floored me. I believed there was truth in those songs. More truth than anything I was getting at school, or from anyone else. And I believed in how I felt while listening to that music,” says Shane. 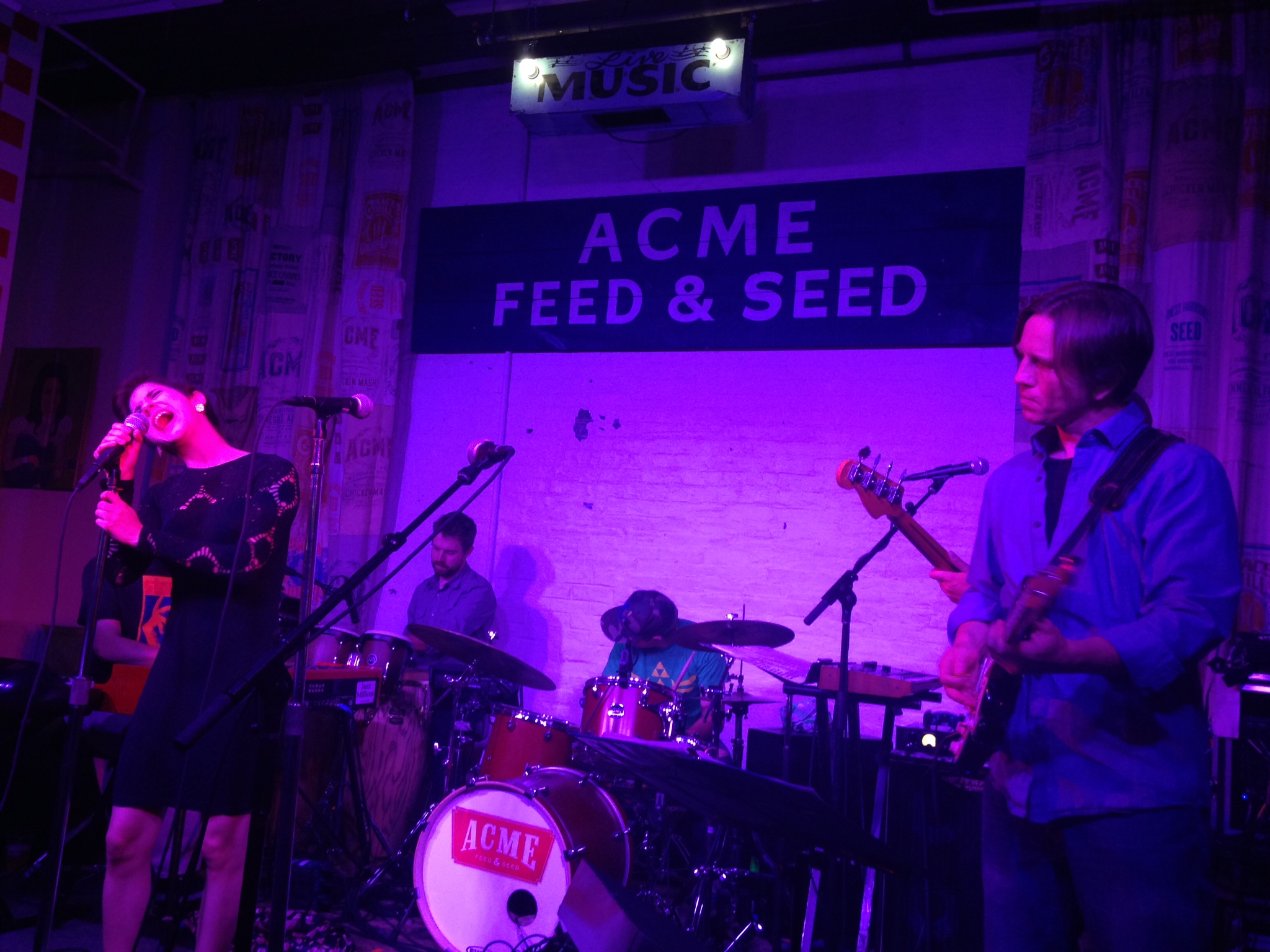 Songwriting started immediately for Shane when he started playing guitar at age 13. “As soon as I learned a few chords and a few songs, I started writing,” says Shane. Upon receiving his music degree in composition and studying as a guitar performance major at Moorhead State University, Minnesota, Shane moved to Nashville. “After about a year of playing guitar around town, and a few road gigs, my first ‘break’ came when I got a call to go out on the road with Lee Roy Parnell,” says Shane. “I met Lee Roy once and got the call a few months later, totally out of the blue, to go out for a few shows that weekend. The call came on a Thursday around 6:00 p.m., saying to be at Lee Roy’s house in about two hours. I threw a bag together, drove to Lee Roy’s, met the band in the driveway, and we were off to Mississippi,” laughs Shane. “I didn’t know anybody and everything felt very up in the air. In Mississippi, I didn’t have a room, since I had just become a part of the whole thing a few hours earlier. I slept off and on for about three hours on a pull-out couch full of old food and change in a conference room, next to the lobby. I didn’t sleep much because I was afraid they might forget me in there,” Shane says, laughing.

“I worked with Lee Roy for the next two years as a guitar tech and I also played acoustic and electric guitar. It was there that I met Michael McAdam, a really great guitar player and original Duke with Steve Earle. I also met Eric Holt, a fine keyboardist and singer/songwriter. Little did I know they would be playing on my own records in the not so far off future.”

A few years later, Shane decided to scale back from his work as a guitarist and co-writer to focus on his own writing and recording with friend, drummer and two-time Grammy-Award winning engineer, Casey Wood. In 2008, recording started for a full length album, then abandoned, as a batch of new songs were written that would shift the direction. “The first song I played for Casey was ‘Disengage.’ After hearing a few more songs, Casey suggested we shift directions and focus on this new material. Those songs became the first album, ‘Disengage’, released in 2009,” states Shane. After its release, ‘Disengage’ led to a tour, drew international attention and airplay as well as garnered strong reviews, press and comparisons to Bob Dylan, Tom Petty, Wilco, The Jayhawks and Ryan Adams. Additionally, the album was in consideration for three Grammy nominations, making it to the final round of voting. 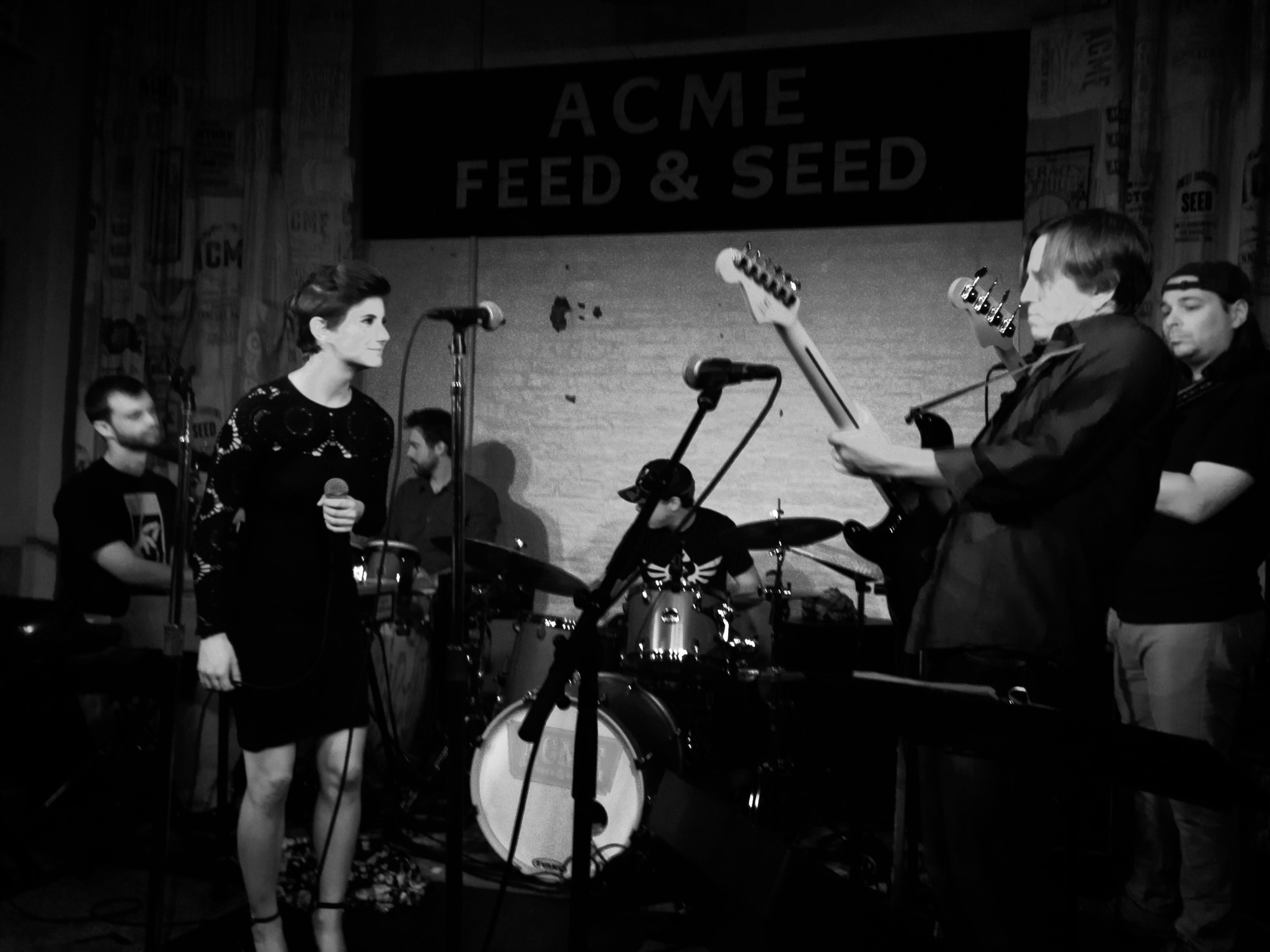 Following ‘Disengage’ and another burst of new songs Shane released his second album, ‘Better Here’, in 2011. “The plan, my plan, was to get ‘Better Here’ finished and then hit the road for the ‘Disengage’ tour with TWO records to play live! Only artists would be excited about such a horrible and foolish idea.”

“We tracked all of the songs live, in two days. We approached this one differently in order to capture the live energy and performance from a really great group of musicians. All the songs on the album were captured on the first or second take”, says Shane, proudly.

“But I didn’t have anybody really talking about promotion, business, marketing and so on. It was just me making music with my friends, and the rest would work itself out. Well, you know what they say about best laid plans. Nashville flooded about the time we were set to finish overdubs and mix. The tour was booked, so I left Nashville with ‘Better Here’ unfinished. And when I returned home to Nashville, I immediately realized my music room, which I had just finished remodeling two weeks before leaving for the tour, had been damaged substantially by a slow leak caused in the flooding. And just like that, everything stopped. All the momentum from the tour, the radio, the press, the process of completing the new record…everything stopped. I spent the next five months working on the house,” says Shane.

Somehow in the flooding, repair and getting married, Shane wrote the songs for 2013′s, ‘Together, we’ll get through.’ “The music had a different sensibility, and it changed the whole recording process once again.

We recorded the songs live, but this time with me singing and playing acoustic guitar to a click track. Once we got the performance we liked, it became the blueprint for what had to happen next. This really set the dynamic and the feel for the music.

We wanted to take our time with the arrangements, and keep them sparse. The musicians would have to come to the music in a different way,” Shane adds. The record was released on August 1o, and a week later Shane was on the road through the Midwest for several weeks of shows and is now booking and playing the Southeast. It turns out that ‘Together, we’ll get through’, like ‘Disengage, found its way through some of the Grammy nomination voting rounds.

“I’m really excited and grateful to be making music; it is all I have ever wanted to do. I enjoy the whole process: writing, recording, watching the songs unfold, and playing live. It is an amazing thing to write a song, bring it to a session with some great players and see what happens,” says Shane. “There are a lot of awards, credits, and mojo that comes with the folks I have been fortunate to work with on these records, and I feel really grateful,” Shane says.

“I have worked as a guitar and songwriting instructor, a session and live guitarist, songwriter and co- writer with many artists and songwriters around town. I have toured North America, and I have played all kinds of gigs and venues, from coffee houses and clubs to outdoor 20,000 seat venues.

I have played guitar on recording sessions and live with some of Nashville’s most respected and sought-after musicians, and I have done the same with folks that may never be heard,” says Shane. “I still daydream about the world I hear in headphones, and I still believe there is truth in there…more so now than ever,” Shane says. “And although the process of making records and writing songs is a little less mysterious now, I am still enthralled, humbled and excited by the whole process,” Shane says. And after all those hours of listening to him as a nine-year-old boy, Shane did get to meet Johnny Cash. “That alone, was worth the ride. Starting from my neighbor’s living room as a kid, and eventually making my way to Nashville as a songwriter and musician…who would have thought,” smiles Shane.